The Collegian Alumni Interest Group’s Nominating Committee has recommended a slate of four candidates to serve on the Board of Directors, including three current members of the board and Christopher Wightman, a 1985 journalism graduate of Penn State who worked as a sports reporter and assistant editor for The Daily Collegian.

The current board members are Barbara White Stack, who serves as board secretary, R.J. Hufnagel, who handles social media for the board, and Nicole Miao, who aided with the mentoring program and is helping organize the 135th Collegian Reunion events. Wightman is the owner and publisher of Wightman Media LLC in New York.

Board members must be members of the Penn State Alumni Association. Terms are for three years. Board members may serve two consecutive terms.

The Collegian AIG board is a working group that promotes The Daily Collegian and Penn State and provides a means for alumni of The Collegian to connect for personal and professional enrichment. This year, for example, the board is organizing a fund raiser and reunion in commemoration of The Collegian’s 135th anniversary.

The election will open July 25 and close Aug. 26. Instructions on how to vote will be published in the Collegian AIG newsletter and on the website.

Information about the recommended slate of candidate is below.

Before Wightman Media, Christopher Wightman was managing director of communications for the United States Golf Association (USGA), the governing body for golf. He also served as publisher for Golf Magazine from 2001 to 2007, before which he as an accounts director for MTV. From 1992 to 2000, he was vice president and national sales director for Golf Digest. He has served in several volunteer positions including as a member of the marketing committee for the Greater Westfield Chamber of Commerce, a fund raiser for the Westfield YMCA and a catechist and CYO coach at the Corpus Christi Church in Chatham, NJ. 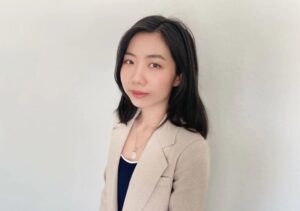 Nicole Miao is a data analytical expert at Nordstrom. In her role, she applies statistical techniques, data analytical tools, and business intelligence methodologies to build up strategic decisions and drive measurable business success for Nordstrom’s digital business. Nicole received her master’s degree in Integrated Marketing Communication from Northwestern University, where she was a Spiegel Research Fellow. Previously, she graduated from Penn State in 2018 with dual degrees in Advertising/PR and Information, Sciences and Technologies. During her time at University Park, she rose through the ranks of the Daily Collegian as a promotion representative, business operations specialist, and finally business operations manager. She was a Schreyer Scholar, an Interstate Advertising Managers’ Association Scholarship recipient, and a member of the Kappa Tau Alpha Society. 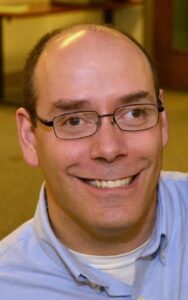 R.J. Hufnagel is the editor of USW@Work, the United Steelworkers union’s quarterly magazine with a circulation of 800,000. A native of Pittsburgh, he graduated from Penn State in 1994 with a degree in journalism. He spent four years on the news staff of the Daily Collegian, serving as a reporter, news editor, campus editor and opinion editor. R.J. spent 14 years as an editor and occasional writer with the Pittsburgh Post-Gazette and served three terms as president of the Newspaper Guild of Pittsburgh. 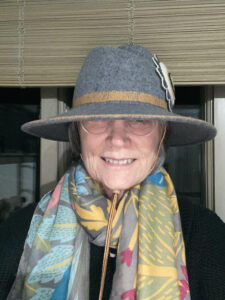 Barbara White Stack is a consultant providing editing and publication project management to The Pittsburgh Foundation and other nonprofit organizations. She is the retired blog editor for the United Steelworkers union, having written and published long form editorials in the name of the international president that were published in forums such as Huffington Post and AlterNet. Earlier, she worked for 27 years as an investigative reporter, editor and editorial writer for the Pittsburgh Post-Gazette. She covered children and family issues for a decade, and her work led to the opening of juvenile court dependency hearings to the press and public in Pennsylvania. Her work was recognized with local, state and national journalism awards. She is a 1975 graduate of Penn State’s journalism school. On The Daily Collegian in the early 1970s, she covered the police beat, a beat called “radicals and minorities” and served as Editorial Page Editor.

In the most recent Zoom roundtable sponsored by The Collegian Alumni Interest Group (AIG), three experts on digital media and publishing talked about their careers and how their experiences at Penn State, particularly at The Read more…