Ryan Jones, editor of Penn Stater Magazine, and Jillian Bonnardeaux, counselor for public affairs at the U.S. Embassy in Oslo, Norway, both Penn State graduates and Collegian alums, chatted in November over Zoom with current Collegian staffers about how their experiences on the paper can translate into professional opportunities.

James Engel, lifestyle features reporter for The Collegian, moderated the discussion. Engel, a sophomore studying digital and print journalism and classics and ancient Mediterranean studies, began work as a news candidate at The Collegian in the fall of 2020. This year, he served as student government reporter in the spring and as a news reporter over the summer.

Jillian Bonnardeaux, counselor for public affairs at the U.S. Embassy in Oslo, Norway, since July began work with the U.S. State Department 15 years ago. She is a 1998 graduate of the Schreyer Honors College at Penn State with bachelor’s degrees in mass communications/media studies and political science. In 2001, she earned a master’s degree in international peace and conflict resolution from American University. She has also been stationed in Harare, Zimbabwe; Ho Chi Minh City, Vietnam; and Accra, Ghana.

Ryan Jones, editor of Penn Stater Magazine since 2018, has worked for the magazine for nearly 12 years in positions including senior editor and deputy editor. He earned a bachelor’s degree in journalism from Penn State in 1995.

In addition to his editorial duties, he has served as the online editor of The Football Letter. Prior to returning to his alma mater in 2007, Jones was the editor-in-chief at Slam, a basketball magazine. He began his career at The Citizens’ Voice in Wilkes-Barre, PA, and The Record in Hackensack, NJ. 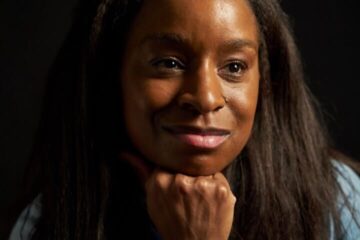